Thursday saw the beginning of the 6th European Universities Mindsports Championship 2019 at the University of Physical Education, Budapest. Both in the chess and the bridge competition, Eastern European universities have ruled the table.

Four rounds have been held at the men’s rapid chess tournament with the participation of 18 universities (21 teams). Following the first two rounds, the Open University of Israel (Israel) and the Lviv State University of Physical Culture (Ukraine) took the top of the table with 4 points each, while Ural State Mining University (Russian Federation) was in the 3rd place. After four rounds, the Ural University overtook the lead, with Hungarian ELTE University’s team 1 (Hungary) rising to the 2nd, and Lviv University dropping to the 3rd place. 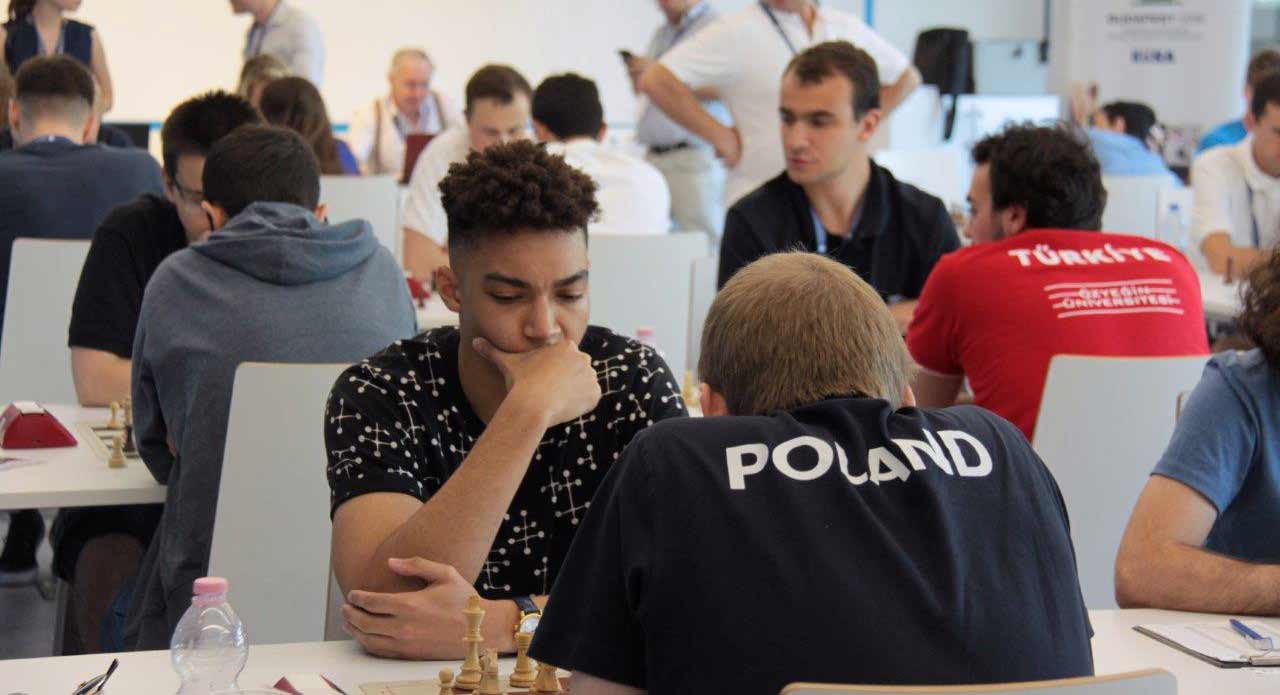 Women have completed three rounds at the rapid chess tournament with 8 universities competing for the European Championship title. After the first two rounds, the Ural State Mining University (Russian Federation) took the lead, the University of Physical Education (Hungary) legging only 0.5 points behind. The end of the day saw the two universities topping the table neck and neck, with AGH University of Science and Technology from Poland rising to the 3rd place.

Four rounds have been completed in the bridge competition where 14 teams compete for the European Champion title at the EUSA Bridge Championship. After two rounds, the University of Tubingen (Germany) took the lead, with Kozminski University (Poland) and Vienna University of Technology (Austria) taking the 2nd and 3rd position, respectively. By the end of the day, however, Kozminski University sneaked to the top of the table, while Tubingen finished 2nd. Taking everyone by surprise, Charles University (Czech Republic) rose to the 3rd place.

Full results and standings can be found at the EUSA website.